I mean really, who doesn’t love sex? I suppose it is one of those taboo topics that you don’t talk about at the dinner table like politics or money, but it is such a natural act – I’m not quite sure why we are so weary to talk about the subject publicly.

Before my accident I thoroughly enjoyed sex, exploring my sexuality, and engaging in as much sex as I could 🙂 Admittedly, I probably had sex too young, but as the saying goes “curiosity killed the cat,” “curiosity killed my virginity.” I was a young teenager and I simply had to know what all the fuss was about. I even let a guy convince me that I could not go to high school a virgin because I would be the odd man out. How gullible we are as young teenagers!

For several years I couldn’t understand what all the fuss was about as I don’t think I was doing it quite right … Not that many teenagers, in my opinion, know how to enjoy sex anyway. I finally met a guy when I was living in the Bahamas one summer who was several years older than I was and he really taught me about the enjoyment of sex. I mean we literally had sex classes on a daily basis with respect to experimenting with what felt good to me, what felt good to him, trying different positions, oral sex, etc. It was also new and exciting to me, and by the time our lessons had completed at the end of the summer I felt like I had earned a degree in sexual pleasure … Probably not something most parents want to learn about their children as teenagers 😉 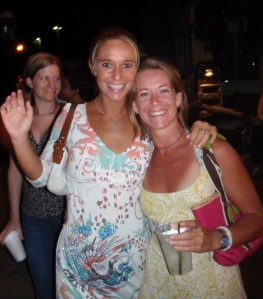 “Partying in my young 20’s with my sister”

Over the next 10 years before my accident I had multiple partners and I was not ashamed of it either. Naturally, I think I was called several “not so nice names” by women around me, but I simply didn’t care. I was a completely free spirit and enjoyed sex just as much as I did hiking in the wilderness. I wanted to keep a diary for the future of all of my “Sexcapades” because in my mind I thought one day I would always write a book about sex. At that time Chelsea Lately was one of my role models and she had a brilliant book called “One Night Stands.” While I did have some more thoughtful and influential mentors, she was definitely my sex mentor. I decided to keep a little black book with all of the men I had slept with over the years. Honestly, sometimes I couldn’t remember their names, but I remembered where I met them, what they were wearing, what they looked like, what we did, etc. I will spare you the hot and juicy details, but after my accident I completely forgot about this book.

When I broke my neck the concept of sex completely flew out the window for me. I considered myself “A sexual” at that time and figured sex was behind me, which did not make me very sad because I certainly had my fair share of fun for 27 years before my accident in 2010. However, years later amongst all of my things I found multiple pieces of paper stapled together with all of my sexual exploits in a box. I must admit I was laughing my ass off because I had forgotten about many of these gentlemen. I decided to take the time and type several pages of stapled paper into a digital black book of sorts. I still have it to this day and I think that is what probably prompted me to finally start dating five years after my accident. A funny inspiration, but my personal story none-the-less.

As I’ve written about in many of my previous blogs I started to sleep with different gentlemen after my accident to explore my sexuality and what it was like to have sex being paralyzed. The feeling was completely different … I could not orgasm in the traditional sense, but rather I would get a rush of tingling feelings throughout my body due to a change in blood pressure. At first this was quite painful because I didn’t associate pleasure from sex with being paralyzed. It actually took quite a lot of mental work for me to re-train my brain to enjoy sex after the accident. I would focus on areas of my body that I could feel like my neck, my ears, my arms, etc. 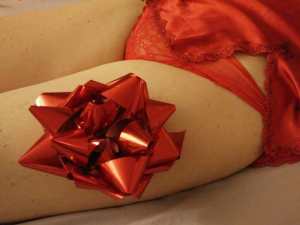 When I first started sleeping with people I didn’t want to show them my vulnerable side of having them transfer me into bed, get my cloths off, etc. As many of you know this is how the concept of “Underwear Dates” was born. I would invite these gentlemen callers up to my room and already be laid out in fancy lingerie in my bed waiting for them. They basically didn’t have to do any work except move my body in their desired positions as I was clearly unable to do this for myself.

All my dating experiments were very fun and informative, but I still was not getting much sexual pleasure from intercourse. Prior to my accident I also came to realize that I did not get much sexual pleasure from one night stands, but rather from people I had been in a relationship with for quite a while. This got me thinking that there had to be some sort of emotional connection for me to feel pleasure as many folks undoubtedly can relate to.

When I first started dating my current boyfriend I was having a great time having sex with him, but he never really got to see the full me. He would come up to my room, hang out for a few hours, laugh, have sex, and then I would send him on his merry way as I would have my caregivers clean me up and get me ready for bed. I was only showing him part of who I was with spinal cord injury, and I knew this was probably not a sustainable course of action if I was going to be in a serious committed relationship with a person being paralyzed.

I only had sex with my current boyfriend several times before undergoing major surgery, which I wrote about in many previous blogs as well. I thought we would part on friendly terms and I would call him once I was all healed up from my pressure sore surgery, which left me a bed for about six months. Again, to my surprise he wanted to get to know me the old-fashioned way and so he would visit me every day while I was healing from surgery. It took many months, but we developed a unique relationship where we actually got to know one another. It was the first time in my life I think I’ve ever really opened up to another man.

“Hospital visit from my boyfriend several days after surgery”

Once I healed up for my surgery I was a little nervous because I finally had to invite him to sleep over and he was going to see my vulnerabilities with spinal cord injury. What I mean by this is he was going to have to see the non-sexy version of me naked, how I lay all my blankets out at night, how I get dressed, etc. What was most nerve-racking to me was that after sex I wasn’t going to have a caregiver to fix me up, and I was going to have to suck it up and see if he was up to the challenge of accepting all of me. I must admit he was more than willing to do everything, but it took me almost a year to let him see how I showered, got dressed, did all of that bathroom stuff, etc. It was terrifying to me because I didn’t think a man could find another person sexually attractive if they saw all of the daily activities I had to go through. In my mind, how could a man find me attractive if they were going having to deal with catheter issues, bowel issues, and so much more? 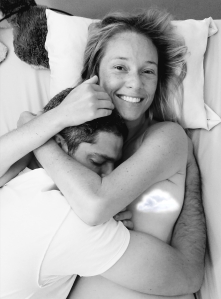 My boyfriend kept telling me that he loved me and that all the rest was just part of me. He made a very strong point that everyone comes with baggage, most people emotional, and mine just happened to be physical. Now I understand that for many guys dating someone in a wheelchair and all that goes along with being paralyzed is honestly more than many can handle. It does take a unique type of human being to date someone disabled, and by that I mean not that having a physical disability is a problem, but sometimes I think it can be hard for people to see beyond the disability to see the person. I don’t think there’s anything wrong with that just as some men don’t want to date women with children, or a divorced person, or someone who has serious depression, etc. There is someone out there for everyone, but I truly believed I was not going to be one of those lucky women to find that person because I was not open to it for many many years.

It’s interesting when you open your mind to new possibilities whether that be love, sex, work, adventure or whatever how the universe has a strange way of working out.

Now, for the sex part … When I have sex with my boyfriend now I have a feeling, both physically and mentally, that I’ve never felt before. We are so connected to one another that whether I am kissing him or having sex with him it create such an intense feeling of closeness for me that I wouldn’t trade for anything in the world. He is my love, my partner, and I give him full credit as he was the one who opened up my eyes to the possibilities of relationships, pleasurable sex after injury, and so much more.

Well, other than the obvious conclusions of opening oneself up to the idea of love is a critical part of finding love, the moral of this blog is have more sex … Lots and lots of it if at all possible! Just like chicken soup is good for the soul, so is sex in my opinion!